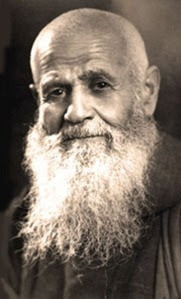 Cardinal Sean O'Malley, O.F.M.Cap., has been appointed by the Holy See to preside at the beatification of Capuchin Brother Leopold of Alpandeire in Granada, Spain, this coming Sept. 12.

Our brother Sean began his Blog for Dec. 18, by announcing:

On December 11, the Holy See announced the beatification of Fray Leopoldo de Alpandeire, a Capuchin lay brother who was a “questor” — his mission was to quest for alms. He did that for 50 years in the city of Granada, Spain. He died in 1956 at the age of 92. Brother Leopoldo is buried at the Capuchin church in Granada.

Unlike John Paul II, who presided over all the beatifications himself, Pope Benedict appoints the Prefect of the Congregation for Saints’ Causes or another cardinal to preside at beatifications. I am honored to say that the Holy See has asked me to preside at this celebration, which will be held on September 12, 2010.

As I mentioned, Fray Leopoldo was a brother questor. In the Franciscan tradition, some friars are assigned to beg for the community. Particularly in Italy, Switzerland, Spain, and Germany, this was a very important function. These friars would go out and usually they would not be begging for money, but for food for the friars.

This mission brought them into people’s homes every day. In those visits, they would teach catechism, pray with the people and visit the sick. These brother questors became very important spiritual fathers in the community because they became so close to the people. The first Capuchin saint was St. Felix of Cantalice, who was also a brother questor. He was called “Brother Deo Gratias,” because whenever people would give him something, he would say, “Deo gratias.”

I first came to know of Fray Leopoldo through Sister Manuela, a Carmelite sister of Vedruna who worked with me for many years in Washington. She is from southern Spain, near Granada. She said her family had a great devotion to him and she talked about pilgrimages to Fray Leopoldo’s tomb.

Interestingly enough, the next person to discuss Fray Leopoldo with me was the wife of Jose Saramago. Jose was at UMass-Dartmouth after he was awarded the Nobel Prize for Portugese literature and I was invited to have lunch with him there. His wife is from Granada, and has great devotion to Fray Leopoldo.

They are expecting a huge celebration because of his 50 years of going door-to-door in the city and being so close to many families. He was certainly a figure very well known and beloved to the people of Granada.

In fact, one of our priests in the archdiocese is actually from Fray Leopoldo’s very parish, Father Israel Rodriguez. He hopes to accompany me and be present at the beatification as well.

I will be very pleased to see the Archbishop of Granada, Francisco Javier Martinez, who is a very dear friend of mine. I know him from his time studying in Washington. Archbishop Martinez, who is very close to the Communion and Liberation movement, has been very active in interfaith outreach to the Muslims who are now very numerous in that part of Spain."