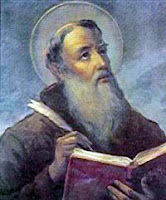 The Order has finally made much of Lawrence of Brindisi's writings accessible to the English-speaking world!
Twelve volumes of sermons and homilies of the Capuchin Doctor of the Church have been published by Media House, the Capuchin publishing house in Delhi India.
The sermons and homilies were translated by Fr. Vernon Wagner of the Calvary Province of St. Joseph.
The twelve volumes are available for $260 US currency.
This does not seem to include the cost of shipping and handling. For this reason it will probably be cheaper to consolidate multiple orders for the set.
Being a collection of sermons and homilies, the set would not include Lawrence's critiques of the works of Luther and others. This would explain why the English set has less volumes than the Opera Omnia.
© Capuchins 2022  |  Privacy policy