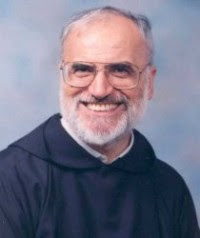 Vatican, Dec. 7, 2007 (CWNews.com) - Father Raniero Cantalamessa, the preacher to the pontifical household, delivered the first in a series of Advent meditations on December 7, with Pope Benedict XVI (bio - news) among the members of the congregation.
Each year the Vatican schedules a series of Advent reflections, delivered each Friday morning by the papal preacher. Delivered in the Redemptoris Mater chapel of the apostolic palace, the meditations are attended by the Pope, the Roman Curia, and vicar and auxiliary bishops of Rome.
Father Cantalamessa chose a text from the Letter to the Hebrews as the subject of his first meditation: "He has spoken to us by a Son." (Heb 1,2) The Capuchin preacher will deliver two more meditations during this year's short Advent season, on the December 14 and 21.... (full article)
© Capuchins 2022  |  Privacy policy